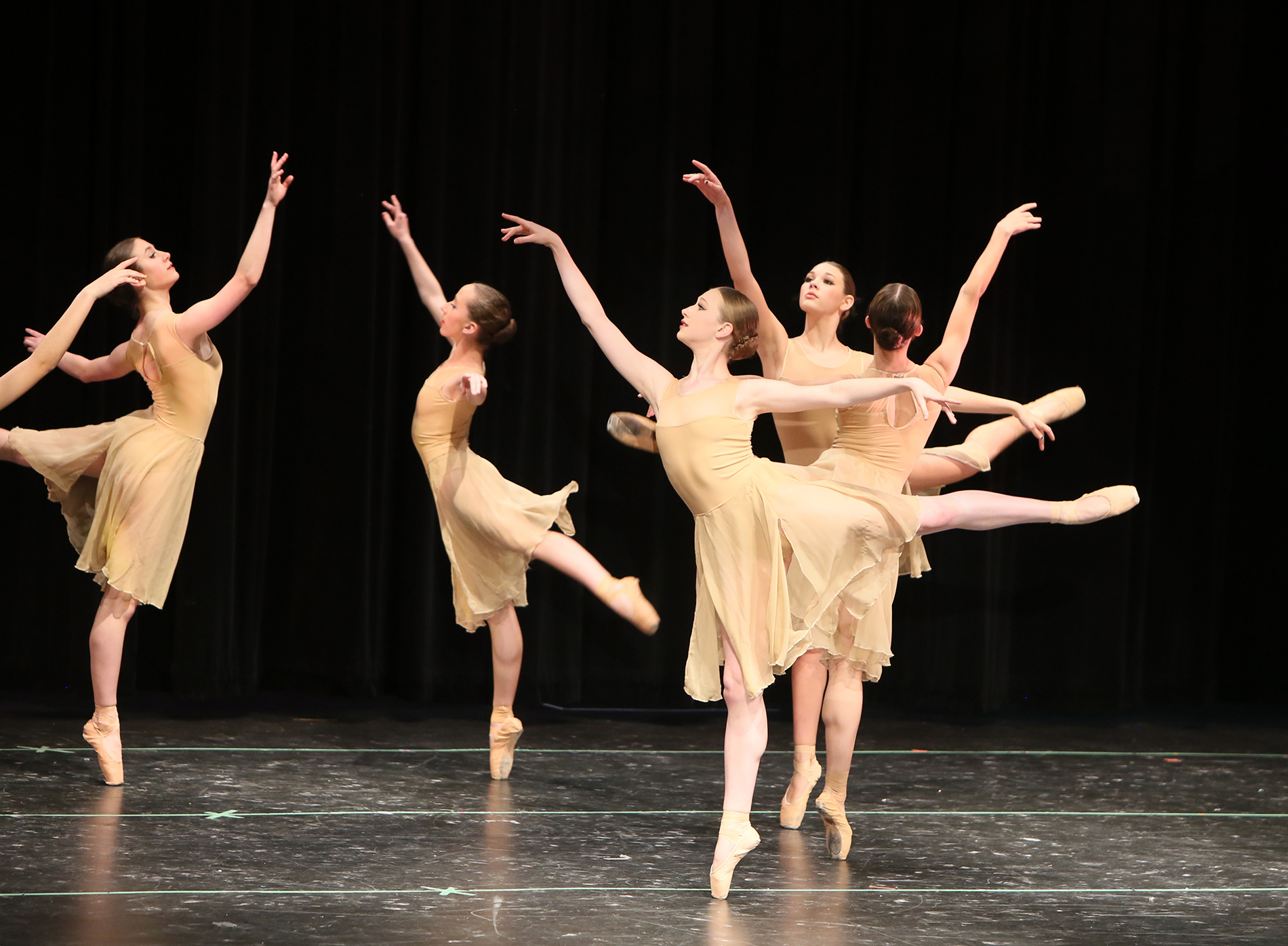 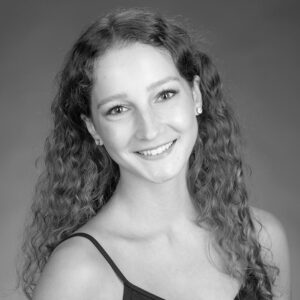 Jessica began her training in her hometown of Birmingham, Michigan. She attended summer intensives at the Kirov Academy of Ballet, Bolshoi Ballet Academy, BalletMet, and Oklahoma City Ballet. She was a trainee at the Joffrey Academy of Dance and performed works such as Coppélia, Paquita, Swan Lake, and Viva Vivaldi. She performed with The Joffrey Ballet in Glass Pieces and The Four Temperaments. Jessica joined Fort Wayne Ballet last season and performances included Gerald Arpino’s Italian Suite, Snow Queen in The Nutcracker, and Tracy Tritz’s Adagio for Strings. Jessica is grateful to start another season with Fort Wayne Ballet. 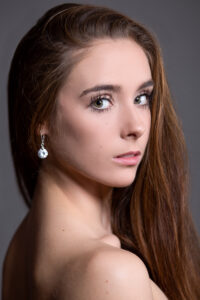 Sophie Miklosovic received her pre-professional training under Magaly Suarez, Director of The Art of Classical Ballet school.  Growing up in Michigan, she honed her performance skills as a competition dancer while enjoying coaching from master ballet teachers Meg Paul and Valentina Barsukova.

Her contemporary training was directed by Liz Schmidt-Mazurkiewicz at Spotlight Dance Works, culminating in being named the Junior National Outstanding Dancer, as well as receiving an invitation to assist at the New York Dance Alliance’s National Convention Tour in 2013.

Ms. Miklosovic received recognition from several international ballet competitions, such as the World Ballet Competition in 2017, earning her a gold medal, and at the China IBCC where she earned the Morning Star Foundation Award.  Additionally, she earned top-three at the National Society of Arts & Letters 2017 En Pointe Classical Ballet Competition.  While training with Suarez, she was named a Zarelywear “Rising Star” and a GaynorMinden “GaynorGirl”.

Ms. Miklosovic joined BalletMet in 2017, at age 17.  She was named one of Dance Magazines, “25 to Watch” in 2019 and had the opportunity to perform iconic roles such as Juliet in the balcony scene of Romeo and Juliet, adult Clara and the Sugar Plum Fairy in The Nutcracker, and soloist roles in Edwaard Liang’s Giselle. 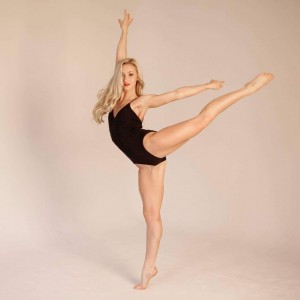 Alyssa Cebulski was born and raised in Michigan where she trained in ballet, pointe, contemporary, and jazz from Valentina and other dance studios.
Alyssa graduated from Marymount Manhattan College in May of 2016 with a BFA in Ballet under the direction of Katie Langan.
She has performed works by Dwight Rhoden, Kate Skarpetowska, Aszure Barton, and Darrell Moultrie among others.
Alyssa has also performed at the 92nd Street Y in Murray Louis’s Bach Suite in the year 2015.
Other performing credits include the Inauguration of Marymount’s President Kerry Walk at the Metropolitan Museum of Art, and Katie Langan’s: Under The Surface performed at the Joyce Theatre.
She is currently training at the Martha Graham Dance Company 2 in New York City. 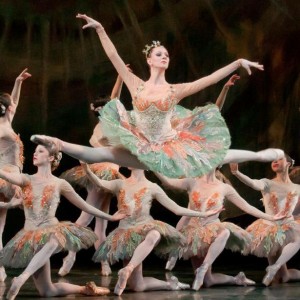 At age 7, Christie began her dance training at Juliana’s Academy of Dance (JAD) and, after competing at Dance Masters National Competition, decided to focus on ballet. She progressed rapidly and, during her initial Youth American Grand Prix (YAGP) competition, qualified for the New York City Finals. She continued honing her technique and, at age 17, her association with YAGP culminated during the NY Finals where she was awarded 1st place in the Classical Dance Category.

Returning “home” to JAD, Christie and Valentina began the search for the company which best suited her talents and objectives. During this process, Christie auditioned for Miami City Ballet (MCB), fell in love with the company, and, following graduation, attended their school. In 2008, she became a member of MCB’s Corps de Ballet and continues there today.

“Ms.V took me under her wing when I was little girl. We worked on classical variations and contemporary dances. We selected summer programs together, prepared audition videos, and watched numerous ballet productions.

“I am a ballet dancer now; but, I still come back just to visit and talk with or help her teach classes. I know I always have her support and love.” 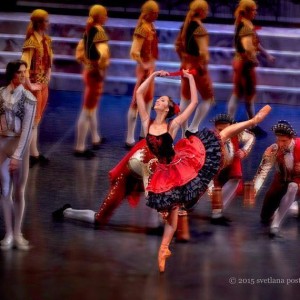 At age 7, Maria began training with Valentina and, at age 11, competed in YAGP’s Chicago Semi-Finals receiving the Hope Award and then taking the Bronze Medal during the NY Finals.Maria received further training when, at age 13, she attended The Kirov Academy of Ballet of Washington, D.C. on scholarship and spent the next two years refining her technique.

Then, after attending a Bolshoi Ballet Academy Summer Intensive, Maria was accepted into their residential program and spent the next 3 years completing her training. During this time, Maria danced solo roles in performances on the Bolshoi Main Stage.

Currently, Maria is performing as a soloist with Moscow Stanislavsky Ballet Theatre and in 2013 was awarded Moscow International Ballet Competition’s 3rd Prize. 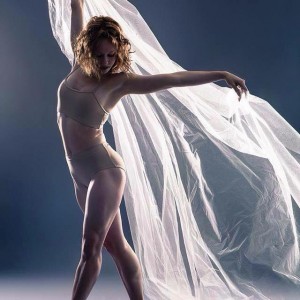 “When I stepped into my first dance class at age 10, a career in dance was the furthest thought from my mind; but, four years later during a Complexions Contemporary Ballet performance at the Music Hall, I began to dream of a professional dancer’s life and of Complexions as home.

“Valentina advised me to focus on my ballet training. Taking her words to heart, I switched my focus from competition dance to ballet technique applying myself fully. I went on to attend The Rock School for Dance Education; Joffrey Academy of Dance, Official School of The Joffrey Ballet, Trainee Program; and The Ailey School, Official School of Alvin Ailey American Dance Theater, Independent Study and Scholarship Programs.

“During these years, I also attended many summer intensive programs including American Ballet Theatre; Planet Dance; The Rock School; Kirov Academy of Ballet; Ellison Ballet; Joffrey Academy of Dance; and The Ailey School.

“Through it all, my goal never changed. Now, as they say, ‘The rest is history.’ During the 2012- 2013 season, I performed with Complexions as an apprentice touring within the United States and abroad. And, next season, I’m thrilled to have the privilege of continuing my education as a full company member of Complexions Contemporary Ballet.

“I must admit, I began dance training merely to further my career as a musical theater professional. However, when my love of theater was replaced with a love of dance, Valentina recognized potential, nurtured my tentative steps down this unfamiliar path, and provided mentoring in a loving, caring yet firm manner. If it weren’t for Valentina, I doubt I would be dancing with my dream company today.” 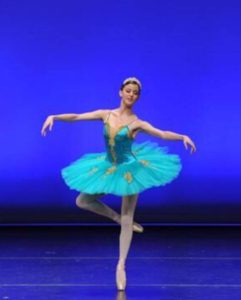 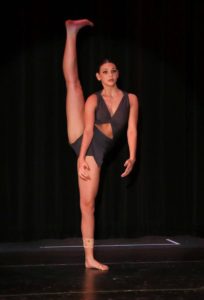 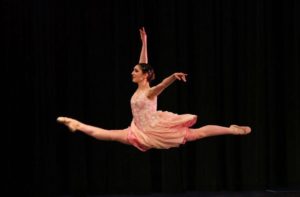