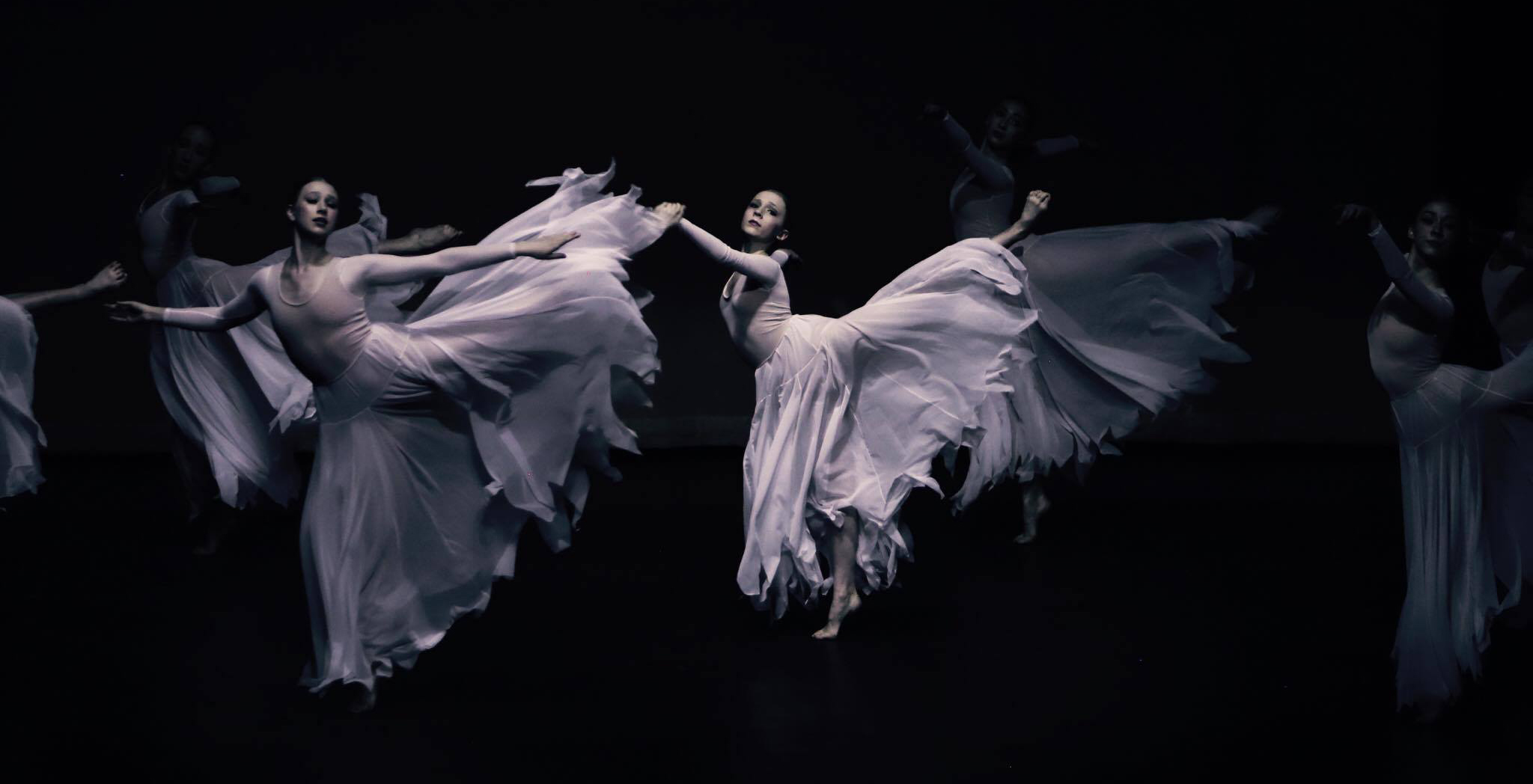 Alyssa Cebulski, from Michigan, joined the Martha Graham Dance Company in NYC in 2016 and has performed in Chronicle, Maple Leaf Rag, Diversion of Angels and Primitive Mysteries. Outside from her work with Graham she has performed works by Dwight Rhoden, Aszure Barton, Kate Skarpetowska, Larry Keigwin, and others. Alyssa was a member of Graham 2 and has a BFA in Dance from Marymount Manhattan College.

Christie Sciturro Garcia is currently a member of the Corps de Ballet with The Miami City Ballet. She joined the company in 2006 and has danced numerous Balanchine, classical, contemporary, and modern works. Some of her soloist roles in the company include Queen of the Dryads in Don Quixote, “5 Pieces” in Episodes, Hippolyta in A Midsummer’s Night Dream, Myrtha in Giselle, “Rubies Solo Girl” in  Balanchine’s Jewel’s, Arabian in Balanchine’s The Nutcracker, the lead  in Slaughter on 10th Avenue, and Paul Taylor’s “I Can Dream” solo girl. Christie received her training from Juliana’s Academy of Dance, The Rock School of The Pennsylvania Ballet, Miami City Ballet School, and also attended many summer intensives such as American Ballet Theatre and Pacific North West Ballet. Throughout her professional Career she has also realized her passion for teaching. Her experience includes teaching for Valentina’s School of Ballet summer intensive, The Miami City Ballet’s School, The Hispanic Cultural Arts Center, Florida Grand Opera, as well as numerous summer intensives throughout school’s in Miami. She is currently a certified Pilates practitioner through Pole Star Pilates, and has experience in giving conditioning and Pilates classes to ballet students. Christie would like to share her knowledge and love of dance to up and coming students and help them realize their passion for the art. One of her goals as a teacher is to help students grow not just as dancers but as well rounded human beings.

Andrii Ishchuk was born in Kharkiv, Ukraine.  At the age of four, he began studying ballet at Kharkiv Ballet School under the direction of Elena Solovyova and Mikhail Bezzubikov. Ishchuk performed titles roles in several children’s ballets, including Cinderella, Snowdrop and Pinocchio. In 2013, he received an Ellison Ballet Training Program Scholarship to study in the United States under the direction of Edward Ellison. While at Ellison Ballet he danced the Prince in The Nutcracker and the pas de deux in Giselle. In 2016, he graduated from Ellison Ballet with honors and attended the Ellison Ballet Summer Intensive in New York City.

Ishchuk joined ABT Studio Company in September 2016, became an apprentice with the main Company in November 2017 and joined the corps de ballet in January 2018. His repertoire includes Hilarion in Giselle, the Russian Dance in The Nutcracker and a featured role in Deuce Coupe.

Gemma Beasley began her early dance training with Corraine Collins Dance Studios in Cheltenham, England.
Following the ISTD syllabus Gemma holds certificates of Honors in Advanced Ballet, Tap & Modern also winning the Janet Cram Premier Modern Awards, Marjorie Davies Star Tap Award and numerous recognition at the Imperial Ballet Awards. Gemma was selected as a Ballet Scholar with ISTD in conjunction with dancers of the Royal Ballet and became a demonstrator for the new ISTD Ballet and Modern syllabus and video. She also asked to perform as a soloist and as a group ballet demonstrator at the ISTD Congress on several occasions.
She attended Doreen Bird Musical Theatre College on a dance and drama Scholarship graduating with First Class Honors. After a season dancing with Carnival Cruise Lines, Gemma decided to pursue her real passion of
contemporary dance and was awarded a place on the scholarship course at The Alvin Ailey School in New York City.
She has performed work by Matthew Rushing, Hope Boykin, Katie Morea, Nikki O’Hara, David Leighton, Andrew Wilson, Sabra Perry, Gary Jeter and Laurie Eisenhower. Gemma has worked with multiple contemporary dance companies including Eisenhower Dance and Artlab J.